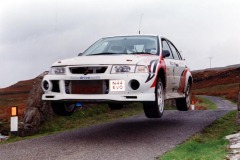 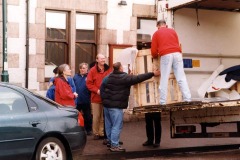 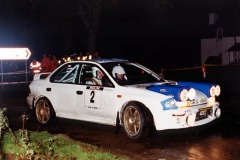 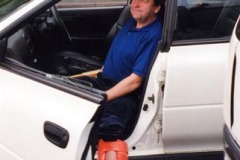 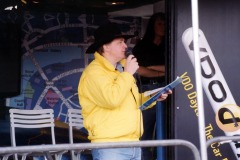 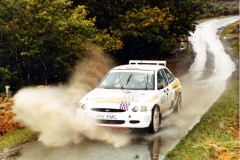 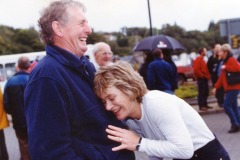 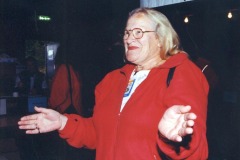 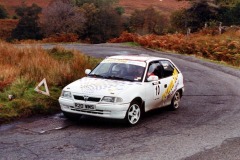 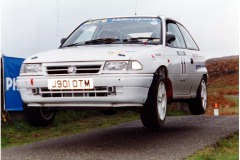 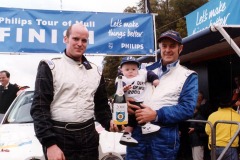 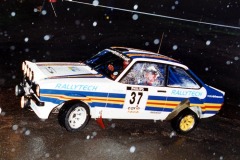 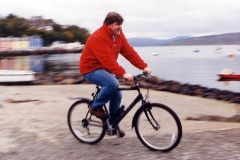 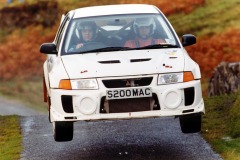 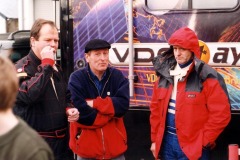 Trevor’s death reminded me of a story going back to the 1976 Ribble Rally, I’d been on the road rally scene since 1967 and kicked on the door a few times with top ten or the occasional top five result, but never won a rally, I teamed up with navigator Andy Milner (Quick Mini driver Bernard Griffins usual navigator) for a one off rally. Off we set on the Ribble rally and by petrol halt we found ourselves with a narrow lead over Trevor & Ian, the second half was nip and tuck as I pushed my Twin Cam Escort as hard as I could, the last competitive section was Abbeystead white and on over the Trough of Boland to finish at Dunsop Bridge. The Trough was always my nemesis, I never felt comfortable over there and I knew Trevor would be coming after me…and sure enough it wasn’t long before I saw those dim “yellow” headlights getting bigger in my rear view mirror, it was pointless trying to hold him off, so first chance I got I moved over and let him past, we completed the section somewhat dejected, I thought that’s it they’ve beaten us and taken the win. At the finish it was discovered that a very uncharacteristic mistake Trevor & Ian had missed a passage control board and therefore picked up a fail and handed us the win!

I sheepishly (while trying to disguise my obvious joy at winning my first ever rally) apologised to Trevor for the circumstances in which we’d won the rally, Trevor’s response was, “You’ve nothing to apologise for, you won fair and square, you and Andy got it right we didn’t, congratulations, I’m made up for you”.
That was the man Trevor was always courteous and respectful even in defeat.
Gentlemen of Trevor’s ilk are what made the sport a pleasure to be involved in. RIP Sir

I have been thinking that Trev needed a Mull anecdote, so here is a snippet:

It won’t be relevant to everyone, but for those of us ‘who were there’, hope it raises a smile and fond memories.

We had been members of Clitheroe Motor club for a few years, when Trevor asked if I would like to navigate for him on the Mull Rally. This was, I knew, a week long shindig with a rally on narrow Island roads as the highlight. What fun!!

On arrival, Trev was eager for me to get used to using pace notes instead of a map and suggested we drove across the island. He needed to thank a couple who had rescued him the previous year when he rolled the rally car. We duly arrived at the home of Jimmy and Janette Milne and amidst great happiness, were invited in for ‘a wee half’ (Wee half of what I wondered!) Half full tumblers of a clear, light brown liquid was the answer. It was a chilly evening and the contents warmed the cockles very nicely! Much chatting and ‘the other half’ later, any attempt to read the pace notes on the way back was futile. Upon enquiring from my driver, what the glasses contained, he suggested my education was lacking if I couldn’t identify malt whisky unadulterated by water.

Jimmy played the guitar and would entertain us during the week with (in the main) Scots ballads. During these sessions, Trevor often got up to regale us, deadpan, with his special version of ‘My Bonnie lies over the ocean”, accompanied by hilarious hand actions. He just stood straight faced and sang, whilst the audience was in hysterics.

Oh Trev. You will be sorely missed by so many people. The rally scene was but one of your ‘hats’ in a long and caring life, where your motto ‘age is a state of mind’ will be engraved on ours for ever.