Sadly, the 2300 Club has today decided that the 2020 Andy Mort Tour will not run. We were confident that the changes that we had made for 2020 would allow the safe running of the event. The new restrictions that become law on Monday, regarding larger gaterings, mean that we now see continuing with our plans as being irresponsible. We apologise to all our many friends who were looking forward to the October 17th. We hope to see you in 2021 when the work that we have done in 2020 will bear fruit.
2300 Club, 9th September 2020. 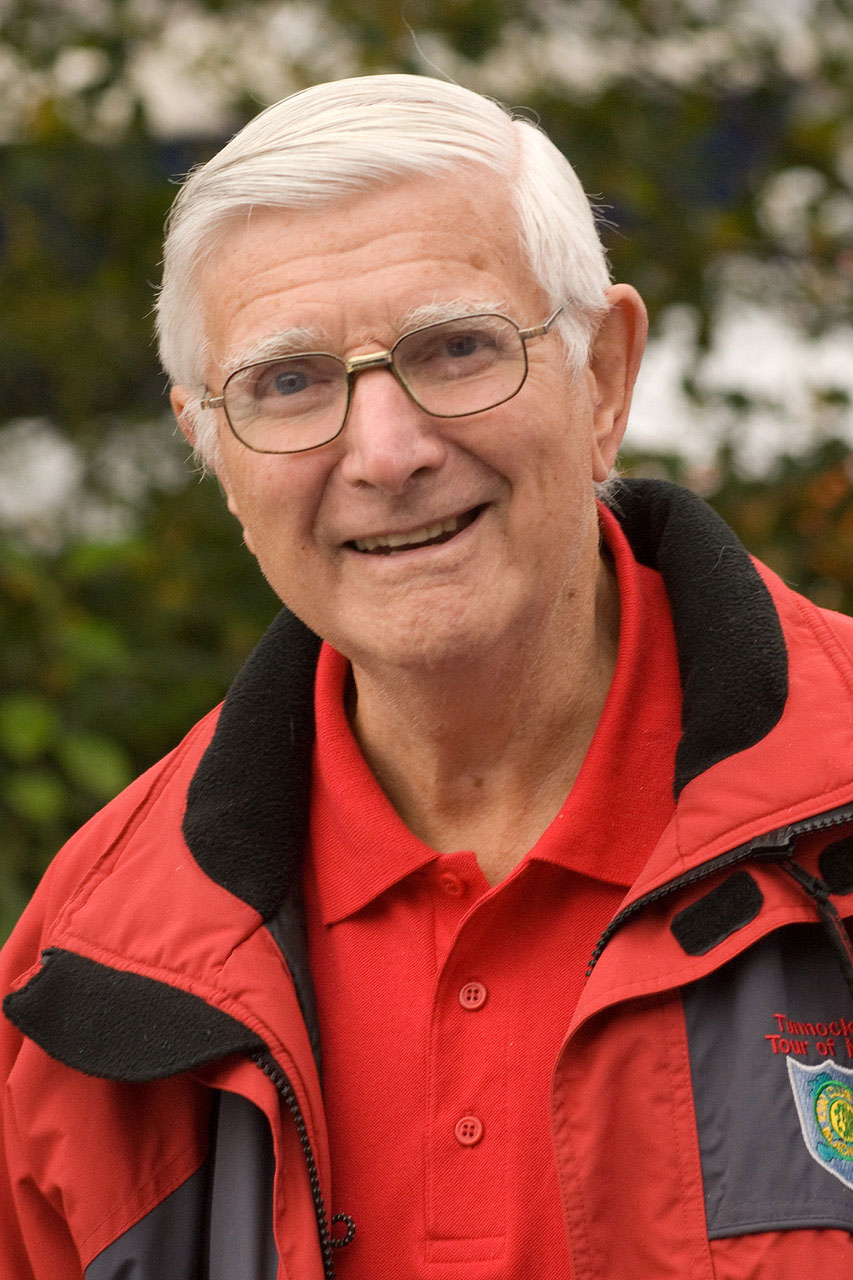 Fred Arthur Blundell, who was Chief Marshal and Results Chief on the Tour of Mull, has died just before his 93rd Birthday. […]

Provisional Top Ten after SS8 (of 19)

For a few hours early on Saturday morning the Isle of Mull fell silent as exhausted crews and red hot rally cars switched off, but not quite for the army of service crews who then had to refettle the first night’s ravages on this 37th Tunnock’s Tour of Mull.

Looking beyond the leaderboard (which we covered in the previous bulletin) it’s not only the front runners who are having fast and furious fun, although it looks as though the O’Donnell twins have joined the growing ranks of the retired. The Salen Silver Escort was spotted at the side of the road late last night … Bob Grant (52) is out, although in a rather more violent fashion. He rolled in Ardtun but when the car landed back on its feet he tried to drive on, till he was flagged down by spectators, because the rear end of the car was on fire! Fortunately it was just a wee lick of flames, but they did the sensible thing and pulled out …Geoff Wright (78) rolled out of the rally too. Something broke in the rear suspension and that was it, over and out … Another to bite the dust (or the tarmac in this case) was John Paterson (97), the Escort went ‘A’ over ‘T’ over a yump when the nose dug in on landing … Fred MacLean’s (103) suspension snapped on the Hill Road and there was no possibility of carrying on without suspension – if he had, all his teeth would have fallen out by the time he got to service … And there was sadness too for Chris Paton (36th Tour) and Dave Cabena (37th Tour) who retired the Nova at Ardtun when the diff broke … earlier on in the night, Ross Marshall (98) had the top mount on his steering column fail and it was waggling about in his lap, but alternator failure at the end of Ardtun would appear to have put him out … Dave Calvert (95) is out too. When the car slid off the road it got stuck in a ditch and they ran back to get help. By the time they had rounded up the spectators and got back to the car, it had slipped a further 150 feet down a banking into a field, all on its own! … Rick Fry’s (99) Subaru is covered with power steering fluid, but is still going … Ian Curwen (92) was off for 4 minutes at the top of the Lochs but the speccies pushed him back on … and Lyndon Barton is a worried man this morning. He lost 5th and 6th gears last night and was well on the rev limiter in fourth coming over the Lochs. So we wait to see if he-restarts at 12 Noon from Salen.

In the classes, Ian Chadwick (18) is going like a dingbat in the wee Peugeot 106, it’s like a midge on a squib darting through the night and he’s lying 18th overall well clear of 2nd in the 1600 class, Mike Storrar (38) in the Toyota powered Anglia and Chris Tooze (53) who is only 8 seconds behind Storrar in the Corsa Maxi. Top 1400 runner is Chris Woodcock (54) in the Proton Satria while Graham Muter (76) is going well too in his 1400 cc MkII. Also going well is Nicola Harper (136) in the wee Skoda. When the tow car blew its engine on the way here on Wednesday on the A66, they sent the tow car back home on the AA truck and drove the rally car to Mull! It just goes to show that it’s not only John Wayne who had ‘true grit’!

And do you know something, some of these service crews have little to occupy their times when waiting for rally cars to show up. For instance, Denis Biggerstaff’s lot made up a new sticker for the car and applied it to the rear window of the ‘Feckin Irish Whiskey’ sponsored Subaru when he wasn’t looking. The new sign reads: “Two old f*rts in a fast car.” I couldn’t have put it better myself.

And now for Leg 2, please take care out there today, park sensibly and watch responsibly. Please do as the Marshals advise and instruct and don’t delay the rally, there’s one heckuva battle brewing at the front.