Official Leaderboard after Second Leg, (16 out of 21 Stages):

There's been a dramatic change around at the top of the leaderboard on the second leg of this year's 26th Philips Tour of Mull Rally. On the startline of the opening daylight stage of the day young Calum Duffy's clutch expired and from then on he was fighting a losing battle. He got through the first four tests but the Escort wasn't going to go any further. But did Neil MacKinnon hit the front? No! He went off on Mishnish Lochs and got a Maximum which dropped him to only 4th place (such was his previous leading margin) 18 seconds behind the new leader. So who was leading? It certainly wasn't Eddie O'Donnell. The Escort whacked a rock and splayed the front wheels so he got a Maximum too and dropped to 8th place. That means the new leader is a somewhat surprised Billy Bird in the rear wheel drive Vauxhall Astra by only 8 seconds from Richard Thompson in the "borrowed" works Nissan Sunny GTI-R. And only 6 seconds behind him are the Shiel brothers. And there's more! Three other top ten runners disappeared with John Shirley crashing out of the running and both Stuart Egglestone and the number 71 seed, Dave Miller, also disappeared on that first frantic loop of 4 tests this afternoon. Gordon Boyd has therefore been promoted to 5th despite having to rebuild the gearbox this morning and Derek Carless is sporting a huge grin now that the Escort is behaving itself with its new head gasket. Daniel Harper still leads the 1300 class in the Mini with a superb 9th overall although Les is still in discomfort from his sore foot as he tries to brace himself and Donald Brown still leads the 1600 class but is now up to 10th place. Snippets – Mark Jasper blew his turbo last night, Steve Davies broke 2 rear shocks this afternoon, Donald Brown was off at Dervaig hairpins, Doug Weir's fuel pump keeps cutting out, Jimmy Christie's gearbox is getting awfy noisy and Graham Darcy rolled out of the rally on Mishnish Lochs. Oh, and did you see the Safety Officer during the night? He was spotted herding sheep off the road, and he was wearing his farmers' wellies. Claimed it was for safety reasons !!!!

This is the current entry list for the Andy Mort Tour on the 22nd October: Driver’s Name Passenger Name Vehicle Colour Year […]

Here is a link to an article written by 2300 Club Chairman and published in the 2019 Mull Rally Event Programme: A […] 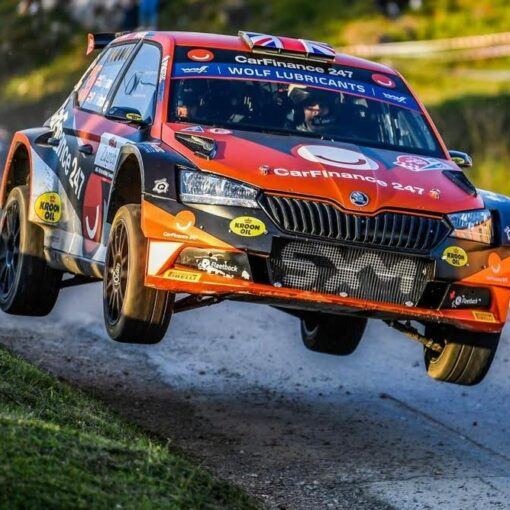