Provisional Top Times after 14 out of 19 Special Stages:

Neil MacKinnon still leads the 29th Philips Tour of Mull Rally and despite investing in a new set of tyres for those last 3 tests, Calum Duffy hasn't been able to close the gap on the ol'timer … Chris Griffiths reckons it was worth the long trip north just for those last 3 stages "my tyres are knackered" … John Price found some really old, hard tyres, "who would have thought you'd need hard tyres for Mull?" … Rob Barry dropped out of the top ten when he rolled in Mishnish Lochs but spectators got the car back on its wheels … Steve Davies is stopped in Mishnish, mechanical problems … Daniel Harper lost more time in Calgary 2 having to stop and change a puncture … Davy Crockett rolled in Mishnish but spectators helped him out too … Magic McCombie is going better in the Saab after last night's problems with a broken fan belt, which meant no lights … Andy Fletcher lost 3 mins stranded on top of a rock in Calgary … Alan Gardiner is having trouble with locking brakes … Keith Turner said he was "nearly off" in Mishnish Lochs and co-driver Heidi Winstanley laughed and said, "what do you mean nearly?" … Lock Horsburgh had no brakes for the latter half of last night but fixed for to-day … Linda Allen had no brakes over these last 3 stages to-day … Andy Rhodes had no lights last night when the master switch burnt out … Stuart Atkinson is still making up time after yesterday's puncture … Martin Rowley got a fright when he was catching a car, and then it spun in front of him … Alan Douglas had a coil lead come off in one stage and a plug lead in another … Mark Hughes has had 2 Maximums, one with a puncture and then another when he spun into a boggy field … Gordon MacFadyen lost 5 minutes on the start line of Mishnish when a fuel line came off … Nickie Harper is on her first rally and just wants to finish, she doesn't care where … Pat Inkle's Imp is chewing up alternator belts which means no electricity … Paul Gunn had an electrical plug come loose in 3 successive stages, but its fixed now … And finally, Paula Swinscoe is OK after her bump last night in the Rothmans liveried MkII and the two Andys, Brereton and Marchbank, are OK too after their wee hiccup when the car jack collapsed – and there's a lesson for us all there, eh!?

Neil Hallworth's blog of his visit to the the 2008 Tunnock's Tour of Mull in a Talbot Sunbeam. Daily updates during rally […] 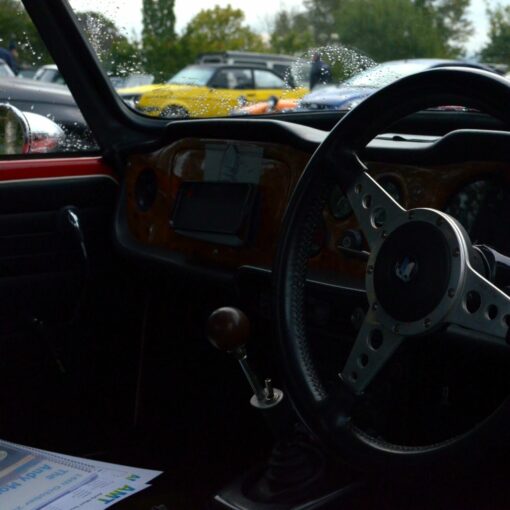 We like to think the Andy Mort Tour is a great day out for car enthusiasts of all ages. But don’t listen […]