In the classes, Ian Chadwick leads the 1600s in the Peugeot 106 by 9 seconds from Ian Grubb, these two going at it like rats fighting over a lump of cheese … Duggie Ingram is leading the 1400cc class in his ‘real’ Mini by almost a minute from Alan McLaughlin in the Puma … and Doug Weir is leading the 2 litre class from Dave Hopwood. Phew! And that’s only for starters. It can’t get any more exciting tomorrow (Saturday), or can it? Here’s a taster – having caught up with Calum Duffy at Dervaig after his bitterly disappointing start to the rally I thought he would have been ready for attacking his wrists with the breadknife, but no, what was concerning him most? “It was bad enough breaking down and stopping so early in the rally but it was worse – it wasn’t a good bit to spectate!” There speaks the words of a true enthusiast, but he’s coming out on the Trophy Rally tomorrow, and he’s not so much caring about stage times as having a bit of fun, now that sounds like a threat!

I’m so excited I won’t be able to sleep. Also excited are the two visitors from ‘Motorsport News’, Jonathan and Matt (who are camping out at Angus Williams’ place because there was no room at the Inn or the hotel or the B&B or anywhere cos the island is full) who are up here visiting their first ever Tunnock’s Tour. So be nice to them when you see them and ask for lots of good coverage. 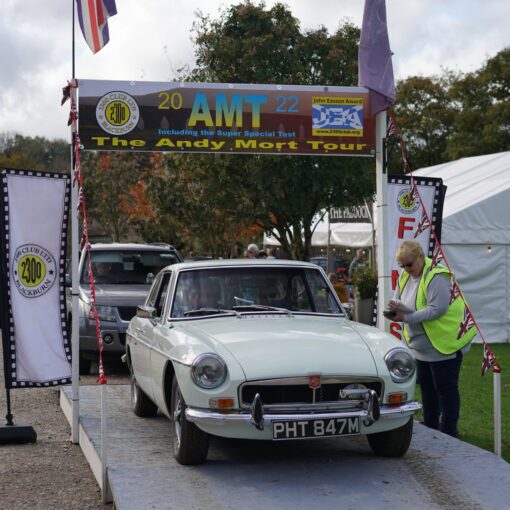 Keith and Anne Nolan were delighted to receive the FAB Award for ‘best presented car’ at this year’s (2022) Andy Mort Tour. […]