The sun shone on the righteous, and the not so righteous, at the start of Leg 2 on Saturday afternoon’s run of this 36th Tunnock’s Tour of Mull, and it looks as though James MacGillivray is more righteous than everyone else, but the big surprise is the O’Donnell twins, they’re still there and still fighting. James reckons: “It’s good crack. I’ve found a pace I’m happy with and it seems to be right, so I know what to do.” Eddie did have one problem though on the Hill Road when the throttle cable melted but a spectating Daniel Harper helped out at the end of the stag e and a new one will be fitted at Tobermory service. Denis Biggerstaff is: “Still steady away, just putting the miles in, you won’t learn this event on a second visit, I’ll need to come back next year – we’re just two old f*rts in a fast car.” Tony Bardy says he’s getting better and: “Not sweating as much as Denis.” John Cope was looking better pleased “I’ve just taken another 6 seconds out of my record over there (Mishnish) we’re fine at present.” Dave Hopwood is finding it a bit warm inside the Escort: “We seem to have a harder tyre than some of the others but I wouldn’t want to go any softer in there.” John Swinscoe found the cause of last night’s misfire, a turbo pipe had come loose so is back on full song now. Billy Bird had to buy a new helmet this morning after ripping the old one last night during his rapid tyre change kerfuffle. Keith Hall is running out of gears, he’s only got 1st and 5th at present – and no spare gearbox!

Other tales from the dark side include … Andy Blower in the Nova doesn’t know whether it’s his big ends or his small ends that are rattling – or it could be his dentures! … Simon Cottrell’s only got half a steering wheel. It broke last night. It doesn’t half make hairpins hard work … John Bennie lost 6 minutes with a puncture in Gribun last night and has unwittingly upset his domestic arrangements. His lodger Mark ‘Speedy’ Runciman is also doing the rally and is beating him. At stake is who’s doing the dishes for the next month … Linda Brown thought she was out last night when a driveshaft broke and then the fire extinguisher went off, but those nice folks in the Beatson’s team loaned her a fire estinguisher so she can go out tonight … And nearly finally, Mike Russell was a puzzled lad when he encountered thick fog last night and couldn’t see where he was going. And then he smelled it. It was oil smoke. The car in front had blown up in a big way … And how about this, who is the furthest travelled Marshal? Could it be Lex Covoert from Rotterdam who was on duty at Ardtun last night, such is the international appeal of ‘The Best Rally in the World’.

Now here’s a final thought. Stan Quirk co-driving for John Cressey was explaining how quick it was last night. “We were going so fast in some stretches I couldn’t keep up with the Notes. He was driving faster than I could speak, it was coming out as gibberish at times – no surprise there then, Stan’s a lawyer by profession!

P.S. If you hear a siren ahead of the rally tonight, that could be The Bulletin Boys delivering copies of MullMurmurs, so get ready for them! 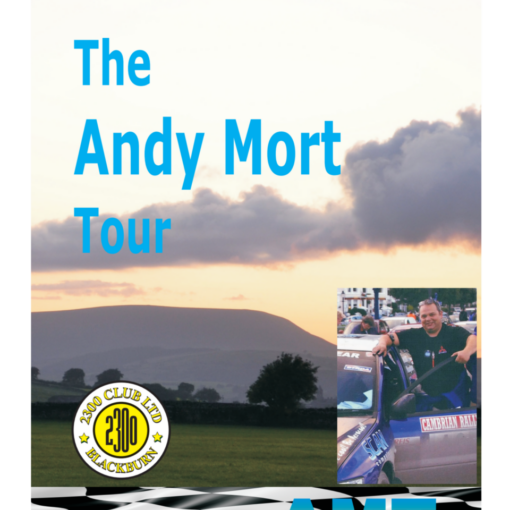 Neil Hallworth's blog of his visit to the the 2008 Tunnock's Tour of Mull in a Talbot Sunbeam. Daily updates during rally […]