It’s late afternoon here in Tobermory as Scrutineering draws to a close ahead of to-night’s start to the 37th Tunnock’s Tour of Mull Rally. Big Roger and his team of Scroots are shoogling wheels and tugging fire extinguishers big time at Tobermory Distillery but most folk have got through.

One of the highlights so far has been the appearance James MacGillivray’s Ralloy built MkII. The black and white beast with its Scholar engine is a thing of beauty and a tremendous credit to Kevin who has spent some 500 hours and more building it. And then he goes and entrusts it to a farmer who is going to fire it over the tarmac of Mull at ungodly speeds.

Despite having retired, Stuart McQueen (28) is back after 4 years: “If you do nothing else, you’ve got to do Mull,” but he did cause the Scroots some head scratching when he revealed his spare wheel tie-drown strap – it was a dog lead … Paul Kirtley (16) is back with a brand new late 99 spec WRC Subaru and the gorgeous blue paint job just glows in the Tobermory sunshine …Tristan Pye (36) has blown the dust off his old N10 because it is tarmac spec as opposed to his forest spec N11 Subaru and Dad is fussing about like a mother hen as usual … Mark Durham (22) only did 7 stages on Mull last year and has done nothing since, too busy looking after young David Bogie at weekends on BTRDA events … John Paterson (33) is limping, after twisting his right knee two weeks ago trying to get the car ready. Now he’s got to get ready. He’s got a doctor’s appointment at 4.30 this afternoon to drain fluid from his knee. I don’t know about that but I do know how to cure water on the brain – a tap on the head … Steven Clark (32) has a Peugeot that’s not quite a S1600 after last minute problems, but at least he made it this year … Mike Storrar’s Anglia (38) still has the Corolla 1600 engine but he’s got a new diff – and a new coat of  paint (roller-coated Dulux?) so no expense spared there then … John Marshall’s ‘new’, last of the WRC98 spec, Impreza looked glorious in its red paintwork and this will only be his second event in the car … as for his son Ross Marshall (98), for both him and co-driver Vicky Grant this will be there first ever Mull, what an adventure lies ahead – Oh I wish I was young again … Cameron MacLean (41) was looking pensive, he had to buy more tyres: “I only used one set on the Jim Clark, but the roads up here are so abrasive I need to buy more!” It’s Cameron’s 5th Mull but so far his main claim to fame is that when he slid off the road on the Galloway Hills Rally last year he did so in front of helicopter pilots and spectators, Colin McRae and Murray Grierson. And yes, they did push him out … Paul Daniel’s MkII (49) was built by Ralloy 4 years ago and still looks minted and has a brand new Jondel engine after its blow up on the Jim Clark …
Duggie Ingram’s real Mini (70) looks the business with its Jack Knight 16 valve head and throttle bodies on top of the 1380cc block, but he has a theory. With all that power going through the Quaife LSD and driveshafts, he runs road tyres on the basis that it will spin wheels before it will snap shafts – methinks he’s two teeth short of a full diff himself! … John Rintoul’s (73) secret is out, he’s got new glasses so now he’ll see what he’s been missing all these past years … and here’s a tale to warm the hearts of us all out there. Three years after building a rather rapid Corsa, Mark Constantine (68) was always disappointed by its lack of pace and yet on the rolling road no fault was ever found with the 1400cc engine on throttle bodies. Then three months ago quite by chance he found that the fuel pump was only getting 7.5 volts. New pump, new lease of life, so watch him go tonight … another sight for sore eyes was Ian (Fooey the Fireman) Noble from MacKay’s garage who did a deal with Alan Gardner. Alan said he could use the car if he prepped it, and then he saw the car! Two sills later and some floor welding accomplished, along with some TLC to the greasy bits, Fooey will be out in the MkI (118) tonight. He’ll be worth watching too if his skills driving the Fire Engine on Mull’s roads are any indication – but he won’t have the benefit of a blue flashing light! … Ian Curwen (92) is looking forward to his second run out in the Angus Mathieson built Corsa, he got 2nd in class on the Pendragon … Martin MacLean is on his third Toyota 1600 engine in the Sunbeam after two blow-ups. This latest engine was sourced from a scrappie in Manchester for 250 quid with a month’s guarantee – only thing was he didn’t tell them what he was going to do with it … Donald Brown (89) needs a few more miles on his engine before the start tonight. It was only put in the Sunbeam on Wednesday night … Allan MaKay (116) is lying 2nd in class in the Northern Ireland Championship in his 1600 Anglia: “I’ve had the car 30 years and only been married to the wife for 23, so guess who comes first in our household?” (I hope she’s not reading this on the Internet tonight) … it’s Derek Carless’ (91) 26th Mull and he’s borrowed his son’s Peugeot (again): “I turned 60 last year and still can’t give it up!” … and it will be interesting to see how John Cockburn (62) gets on tonight in a ‘proper’ rally car, a Subaru Impreza, he’s the idiot that did it in a 450 bhp TomCat three years ago and a stripped down, cut out Range Rover last year.

And if you need a cheery story, the Bear Cubs turned up in the Nova (149), Heather MacCrone is on her fourth rally and co-driver Sarah Jayne Daly is on her second. The car was built by 8 youngsters from age 12 to 18 and supervised by Steve Davies. With enthusiasm like this the sport is safe – as long as we can keep the MSA away from it.

And happy birthday to John Easson Scholarship winner Ryan Borthwick, he’s 24 today and easy to spot, the wee Peugeot has got gold coloured numerals (100) on the Tunnock’s door plate … By the way, did you see the helicopter flying low over Tobermory Bay and landing at the Golf Course? That was Linda Brown (148) arriving in style, like something out of a Women’s Lib Milk Tray advert. She had been sitting an exam at Aberdeen University today and it was the only way she could get here on time.

And there’s always one, or in this case two, Elvis and Superman turned up at Scrutineering disguised as Tugs Sherrington and Sam Bould (35). I think it was a ploy to distract the Scrutineers from taking too close a look at the MkII!

And finally, with one stage to go today in Turkey, Gronholm was leading but McRae was fifth. Gaun yersel Colin.

And if you are going out spectating tonight please make sure you know what the Road Closure times are (in the programme) and get there early. Park sensibly, well clear of the road, and bring your litter back for proper disposal. And if you hear a siren and see flashing lights just ahead of the rally to-night that could be Bulletin Bill with the MullMurmurs, so look out and be ready! 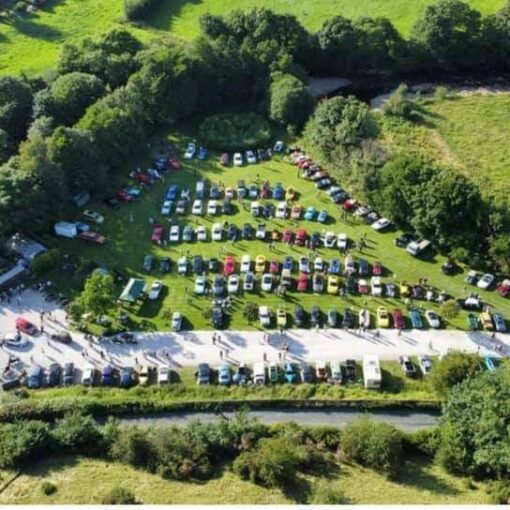 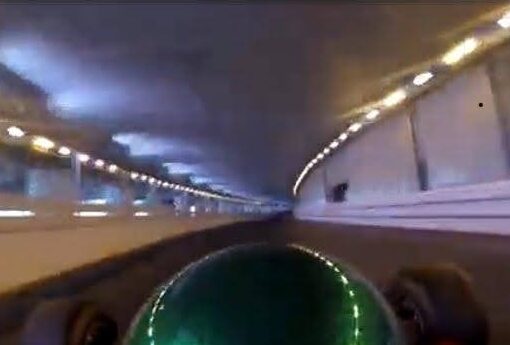 Watch 2300 club’s Paul Tattersall drive the full qualifying session for race G in his Ensign N179. It starts with the out- […] 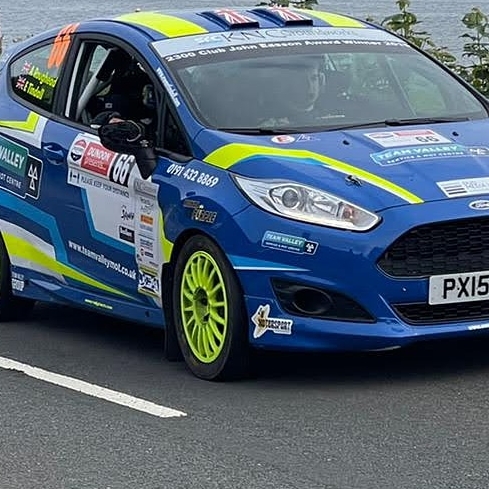