What’s that old saying – starts with bang and builds up to a climax? That’s the 41st Tunnock’s Mull Rally for you. The top three seeds cleaned the opening stage up Glen Aros and over the Hill Road – incredibubble, that’s what it is. How fast were they going? All three overtook the Tardis.

No advantage was gained by MacKinnon the Younger who was quicker than Calum Duffy with Dougi Hall beating the Bogey time too.

At the stage finish, Paul said: “We lost the intercom part way through that test and the tyres went off. The pressures were up to 50 psi!” That speaks volumes concerning the pace of the leading Subaru.

Calum looked quite calm saying: “That was a good start, the stage was good.” As for Daniel Harper, he uttered: “That was effin quick in there.” I wonder what he means.

James MacGillivray went too soft on tyre choice for the first one but has fitted harder compounds now. John Rintoul lost the Notes half way through too.  Curly Haigh said the brakes were fading and Grum Wilcock had similar problems, as did the O’Donnell twins. John Morrison came in sweating hard despite saying: “That was just a steady run through there.” On the other hand, his co-driver Louise Sutherland looked as fragrant and unruffled as ever. She fair puts us sweaty blokes in our place!

Sadly, young John MacCrone hit trouble in the first stage. He was spotted parked up on the Hill Road and phone in to say he had mechanical trouble so we don’t yet know what’s up.

The hectic pace continued through Gribun where Paul MacKinnon was fastest from Calum Duffy by 7 seconds with Dougi Hall still pushing hard just 4 seconds behind.

This is a booklet with the complete set of results from the 2009 Tunnock's Tour of Mull. Please click on the link […] 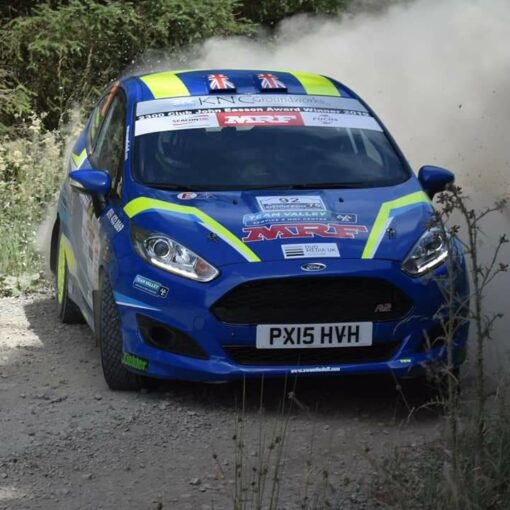