The countdown to the Andy Mort Tour has started. With just four days to go, excitement is building – thanks to a record entry of 55 cars and crews all eager for a great driving day and the chance to meet Paddy Hopkirk. And it’s the ‘Paddy Factor’ that is expected to make this year’s Andy Mort Tour the best yet. “We’ve had a fantastic response, and it was very soon apparent that we would have to extend our limit of 50 cars to accommodate everyone who wanted to attend,” explained Neil Molyneux, chairman of the 2300 Club of Blackburn. “Having Paddy here to meet and greet everyone, and then give a talk at the finish, is going to make the day very special. The icing on the cake is having Paddy’s two cars, 6 EMO and 33 EJB taking part. The organising team have worked very hard to put on an entertaining route that everyone will enjoy, and we hope all the crews will finish the tour wanting to come back again next year.” And it’s not just the crews who will be busy preparing for Saturday. Course car driver Neil Johnson faces a race against time getting his ex-Thierry Neuville Fiesta ST ready after damaging the steering last time out on the Little Devils Tour. The car was used by the current WRC front-runner in the Belgian Rally Championship in 2008.

Fortunately, Neil works for a BMW dealership, so should be able to get a last-minute replacement if it all goes wrong. Whatever he turns up in, he’ll have long- standing 2300 Club member Pete Kenyon on the maps. ‘PK’ was entries secretary when the club ran the Tour of Mull closed road rally, and is a familiar figure in the trials bike world, officiating at many national and international events, along with his brother Roger. Keeping up the family links, Roger will be at the other end of the field as the last car on the Tour. The start venue at West Bradford Village Hall will be open from 8am on Saturday morning, and the organisers ask all crews to arrive at least an hour before their scheduled start time. Each car has an allocated car park space, please do not park on the grass verges on the main road. Cars will leave at one minute intervals, with the first ten cars flagged away by Paddy, who will have the pleasure of seeing 6 EMO, his Pirelli Marathon – winning Cooper S, at car one, followed by 33 EJB, the replica of his 1964 Monte Carlo Rally-winning Mini. Both cars are expected to attract a huge amount of attention throughout the day, and will be taking part in the optional Super Special Test, which takes place after the finish control in West Bradford. “Andy Mort was a fun-loving character and would have appreciated everyone taking part in this element of the day,” explained Neil Molyneux. “We are looking forward to seeing friends old and new on Saturday, even the weather is looking promising!”

The 2300 Club of Blackburn would like to thank our event starter Paddy Hopkirk MBE, Chris Harper and Mini Sport of Padiham, Gary Young and Hanson Heidelberg Cement Group, Educational Printing Services Ltd, West Bradford Village Hall, the Millstones, and all the marshals. 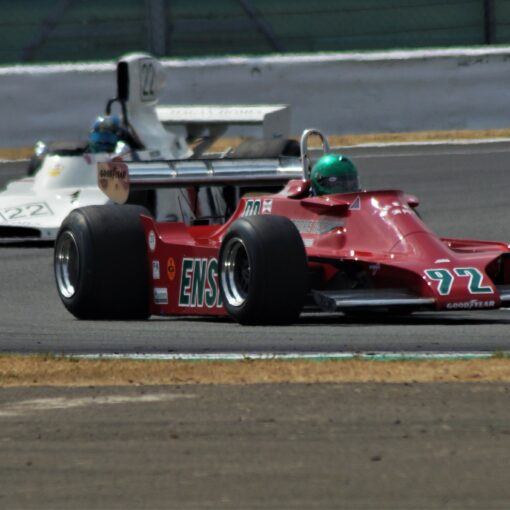 The 40th Tour of Mull Rally will take place on Friday, Saturday and Sunday 9/10/11th of October 2009. Below is a list of road closure times for your information. Under the terms of the Strathclyde Regional Council Confirmation Act 1990, the following roads will be closed for the 2009 Tunnock’s Tour of Mull Rally at these times: