In theory, and looking at the opposition, they shouldn't have been there, but that's the appeal of rallying. Despite all the technology and all the gizmos there is still a need for flesh and blood behind the wheel and on the pedals. Which brings me to the winners of this anniversary tour. Neither of them have either flesh or blood. Calum escaped from a Terminator movie and Iain escaped from Madame Tussaud's.

The pace of that MkII last night, in wet, dry, greasy and grippy conditions was unbelievable. Those were not mere mortals inside that car last night, they were robots, programmed for heroic deeds. Far-fetched? I don't think so. Think back to Friday night and the end of the third test, when the Escort limped out with a puncture. They were in 24th place after that one, and there they were in the early hours of Sunday morning battling for the lead. If you read that in a comic, you'd look at the cover to see if it was Superman or Batman, not Dervaigman.

Just over a minute behind were James MacGillivray and Ian Fraser. The 2005 winner was back on form scoring his third runner-up position in one of the world's toughest events (the Safari is just a stroll in the park after this – Ok so it's a big game park, but Haggis can be pretty fierce in their natural habitat!) after one of those typically canny drives that doesn't look dramatic but carries the speed well through the bends.

And scoring their best result for some time, Daniel Harper and Chris Campbell. Daniel of course scored some pretty heroic results in the past with a real Mini, but he achieved something pretty unique last with the German sausage tin derivative. Third overall after nearly losing a wheel took a bit of doing. After a fright like that, normal folks with real red blood would have the heebie-jeebies for weeks after an incident like that. I'm just not sure whether he's got brake fluid or 15/40 running through his veins.

Below we have provided you with a link to allow you to download a complete set of 2007 Mull Murmurs for your convinience.

If you would rather read the individual Mull Murmurs on Screen, please go here: 2007 Mull Murmurs

Provisional Top Times after 8 out of 19 Special Stages: 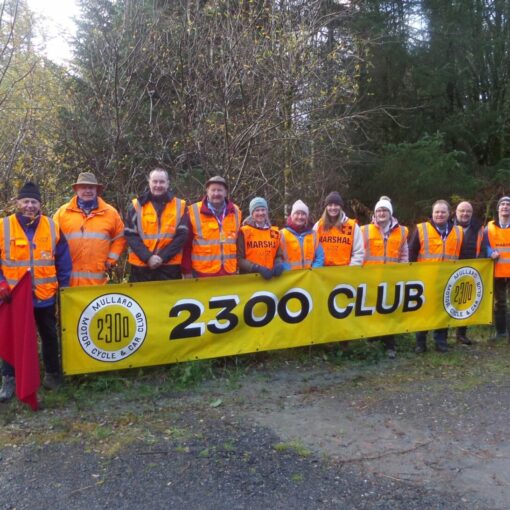