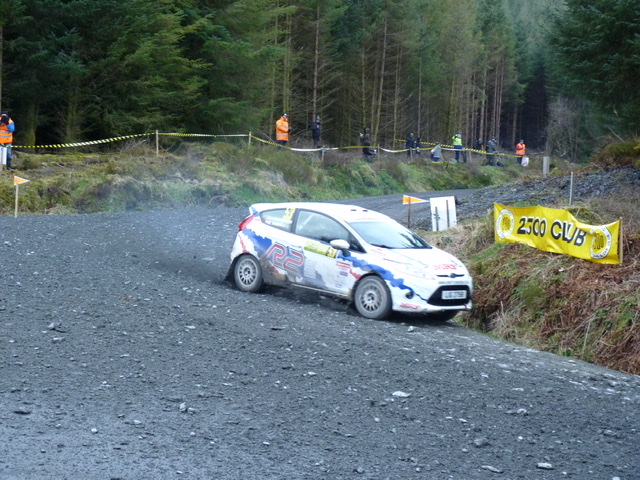 Ewan Tindall endured a Cambrian Rally debut best described by the young driver as ‘character building’. The 18-year-old John Easson Award winner finished 27th overall and fifth in the R2 class, in his new left-hand-drive Fiesta. But Tindall was far from satisfied at the finish in Landudno after suffering problems on every single stage of the North Wales-based event.

“It was a day when nothing went to plan, and we didn’t get a single clean run,” said Ewan, who is contesting the 2020 BTRDA Rallye R2 Cup. “We got off to a steady start on SS1 Crafnant 1, but the stage itself was pretty rough, and halfway through we picked up a front right puncture. We were lucky the tyre didn’t come off the rim, but we were haemorrhaging time. Very tight timing on the road sections between stages meant Tindall and new co-driver Andrew Roughead lost time changing the puncture after SS1, arriving at SS2 Gwydr 1 three minutes late. We were getting into a good rhythm in Gwydr, but then smoke starting billowing into the cabin together with a smell of burning oil. Although the oil pressure was holding up, the clutch was also slipping badly and again, we began to lose time,” explained Ewan.

Arriving at service after SS2, Ewan and his service crew of dad Lee and Simon Hewitt lifted the bonnet to discover the entire engine bay covered in oil. Checking for obvious leaks, the team cleaned the engine as best they could, before deciding whether to continue or not.

“We topped up the oil and decided to try SS3 to see if things would improve,” said Ewan. “We did set a good time in Penmachno and on the following stage at the Great Orme, but the clutch slip was getting worse. At the next service, my dad and Simon discovered the leak was from the sump seal, and they did an amazing job in repairing it in the allotted 20 minutes so that we could get through the final three stages. The first two were re-runs of the opening stages, and by then, they were in an appalling condition. We had to pick our way through the rocks and boulders for fear of taking a wheel off.”

Despite all the issues, Tindall and Roughead went into the final stage, Elsi, a brilliant third in class. “How we were up to third was beyond me, given all our problems, but it looked like we might just get a good result,” he said. But the 11-mile stage, described by Tindall as ‘one of the worst I’ve ever driven’ dealt a late blow, when another puncture – which resulted in the tyre coming off – left the pair driving the last five miles on the rim.
The time lost dropped them down to fifth overall, scant reward for the team’s efforts throughout the rally. “I was very disappointed at the finish, and all competitors can have days like we had, but taking the positives, we got the car to the end and had plenty of seat time, and picked up our first points in the BTRDA Championship,” he said.

Ewan Tindall would like to thank the 2300 Club of Blackburn, dad Lee, Simon Hewitt, and Andrew Roughead. 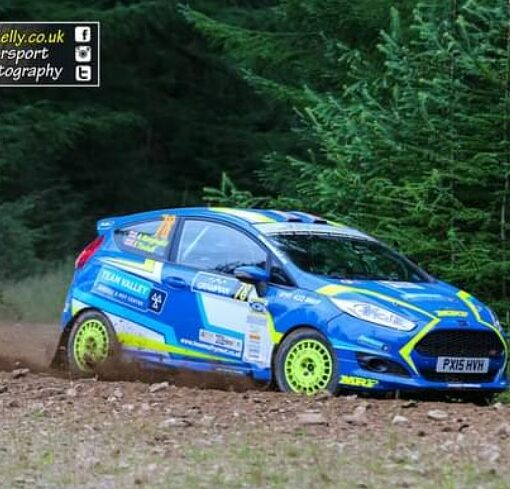 Leaderboard after 4 of 22 Special Stages: