One of Britains biggest and most exciting rally scholarships, run by the 2300 Club, has been awarded to 18 year old Stevie Brown. The scholarship was open to anyone in the UK, applicants sent a copy of their motorsport CV, a letter outlining their aspirations in rallying and a third party reference letter. The Ellon driver said “I couldn’t believe it when Dave Bateson phoned me to say I had won, I was speechless”. The scholarship prize includes a free entry to the prestigious asphalt Tunnocks Tour of Mull rally, £1,250 travel expenses and a weeks intensive training in Norway at Innovation Motorsports rally school worth £3,000.

Brown faces the daunting challenge of competing over 150 miles on some of the most demanding asphalt stages known to man. The rally based on the isle of Mull will take place on the 14th, 15th and 16th of October, on the single track public roads around the island. While the event runs the roads will be closed to the public, and speed limits abolished as competitors complete the stages as fast as possible. Stevie explained what winning the scholarship means to him, "its a fantastic opportunity, I can’t thank the 2300 club enough. It will be a real honor to compete in The Tour of Mull as the John Easson scholarship winner, and should help me progress up the motorsport ladder.”

Learning to drive at the tender age of just 6 years old, Stevie has been involved in motorsport throughout his life. Parents Linda Brown and step father Doug Weir regularly compete, past results include, Linda finishing as high as 3rd overall in the Scottish Tarmac Rally championship, and Doug regularly finishing in the top ten in the Tour of Mull.

Tackling this years Mull rally will be Stevie’s 5th rally since turning 17 last year. Despite Stevie’s lack of experience he has achieved some fantastic results. Although he says come October he’ll be taking the event a stage at a time, "its like the old saying, to finish, first you must be finished. Its really easy to make a mistake on Mull, we’ll be taking it a stage at a time."

Ex British championship front runner John Baird describes Stevie. "Last year, as a 17 year old, he tackled The Tour of Mull for the first time, this was his first Tarmac rally. His planning and preparation was through and professional, his interview answers were some of the best on the rally, and his driving was a joy to behold. He has natural ability and a level head, which is rare in an 18 year old."

With one of the toughest rallies in the British rallying calendar ahead of 18 year old Stevie Brown, he faces a demanding and grueling challenge. On the Friday evening of the event Stevie will start the 150 mile rally, race against time on one of the most prestigious asphalt rallies in the country. 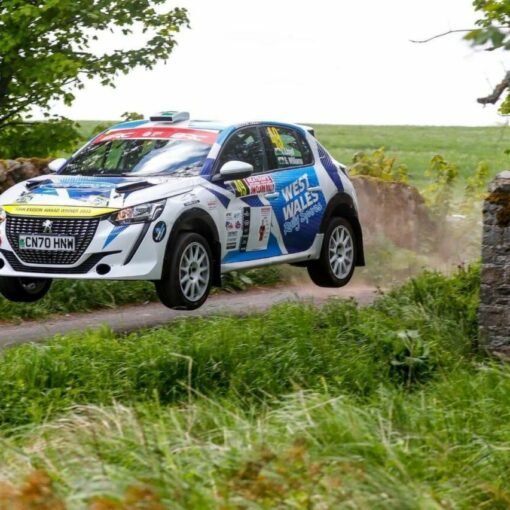 These are the results after 8 stages, at the end of the Friday Night Section of the 1998 Tour of Mull