Provisional leaderboard after SS7 (of 20)

Two years ago, the Philips Tour of Mull Rally earned a new nickname. If Finland had its ‘1000 Lakes Rally’ then Mull was the Rally of a 1000 Puddles. Last night it reclaimed that title. It was so wet on the far side of the island, the fish were emigrating in search of somewhere drier to go swimming!

With 7 stages gone, Daniel Harper and Chris Campbell lead this 33rd Tour by 41 seconds from Neil MacKinnon and Mike Stayte. Dougi Hall and Gareth Williams had been leading after three stages, but struck trouble in the new test at Ardtun when they crested a rise at full chat – and landed on standing water. Dougi and Gareth were OK and the car was only a couple of feet from the edge of the road – but parked vertically on a banking!

There have been a couple of other changes to the overnight leaderboard but this was simply due to later numbers posting quicker times behind the Mullmurmurs Bulletin timetable, but as I have always said, the times on this scandal sheet are always Provisional and issued on that basis to try and get some info out to the millions who are watching.

Harper is under no illusions about the task that lies ahead: “I’m taking no risks. I backed off in a few places simply because it’s dangerous out there.” A fact echoed by second placed Neil MacKinnon who is finding the WRC Impreza a lot more complex than last year’s Group A machine. During the heavy rain spells last night he had to switch off some of his extra lights as the alternator could not cope with the current demands of the other electrical components!

Callum Duffy has moved up to third in the rear wheel drive Escort despite a grumbling back axle. And just think on this dear readers. If he can be third in a 2WD car after 7 stages despite “taking it easy” with that back axle, just think what he could do if he was confident! In these conditions this boy is unreal, Popeye would be twice the hero if he could find out what spinach Duffy eats for breakfast.

Tony Cope is fourth despite a “sixth gear tank slapper” in Loch Tuath when the throttle jammed open (How come throttles never jam shut?) but that was fixed at Craignure service.

Tony Bardy is fifth in the Nissan, but a big spin in the first stage of the night was sufficient for him to remind himself to change his underpants regularly. Trouble was, he couldn’t see to turn the car around as the windows were opaque with condensation. As predicted in the previous Bulletin, Dave Taylor is in the top ten, the number 47 seed lying sixth in the Mitsubishi Lancer but with re-seeding taking place before the mid-day Re-start it will be easier for the ‘Bulletin Boys’ (Bunnet, Bill’n’Bob) to keep tabs on the quick stuff.

It was earlier reported that Eddie O’Donnell had two punctures in the first stage. Wrong. He had one puncture in two stages and therefore had to stop twice, hence the Salen Silver Escort’s position down in the 40s. Mark Durham is top 1600cc runner in tenth place with the Corsa Kit car but even more incredible is Doug Weir’s 11th place in the Nova which still has parts of a fridge fitted to the car from Mull 2 years ago! And no, it’s not the light that comes on when you open the door! Top 1400cc class runner is Ian Chadwick in the VW Polo in 29th place with Dave Taylor’s Astra 39th.

But they are the lucky ones. Many are out already. Robin Hamilton failed to make the start of the first stage. The Metro was on its third alternator this week even before the rally started and Stephen Clark hit a bump in Gribun and the Saxo ended up off the road on its ear. Jimmy Christie is out in the RWD Astra. When the windows steamed up he slid off the road at one point and with the help of one solitary, sodden, spectator managed to get the car back on the road and then the throttle cable snapped mid stage 3.

Rob Davies and Mark Jasper both had “front end problems” to sort out before the second Leg starts … Dave Thwaites had to stop and change a puncture on SS2 … Duggie Ingram lost a wheel on the Mini when the wheel studs sheared and it looks as though he’s out … Murdo Morrison clouted the rear (driver’s side) corner so that’s the second dent in his brand new MkII … Dave Dalgleish says the car has grip but “this doesn’t” as he pointed to his head … and just imagine the trouble Paul Marshall is having. He’s driving the 3.5 litre V8 Triumph TR7 and bemoaning the fact that all the “four wheel drive cars are dragging so much sh*t on to the road and making it even slippier!” … Cameron MacKenzie was in remarkably good humour despite the fact that his co-driver left the Pace Notes at home … Steve Simpson has lost the front bumper off his smart red and yellow Impreza. If anyone finds it could they please hand it in to Rally HQ or any Rally Official? … Alan Douglas is a lucky boy. He went off in SS2 but when the stage was stopped it gave him enough time to get the car out and rejoin the queue to get a Notional time and stay in the rally … one of the stoppages was caused by the Astra of John Patterson which got stuck astride an Armco barrier and blocked the road.

And speaking of stoppages there were a couple caused by unruly spectators last night. If you want to ruin someone’s fun go and ruin your own and leave the rally out of it. It’s not only stupid, it’s potentially dangerous.

Let’s leave the last word to Brian Cameron at the end of the last stage: “I’m glad that’s over. I was getting too cocky. I had a BIG moment in that last one!” Pauses for contemplation and reflection all round methinks! 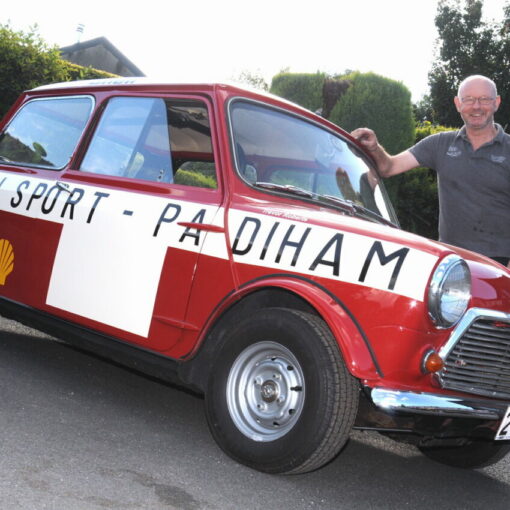 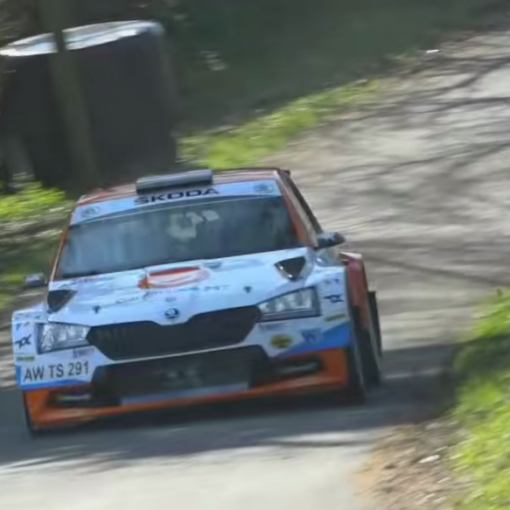 WHEN Chris Ingram crossed the finishing line to win the 2022 Legend Fires North West Stages, it was a proud moment for […]

These are the Team Results for the 1996 Tour of Mull