‘Get your entry in now’ is the urgent message from the organisers of October’s Andy Mort Tour. The 2300 Club of Blackburn have received an unprecedented level of interest since the regulations were published last week. “We were delighted to get almost 20 paid-up entries in the first 24 hours,” explained chairman Neil Molyneux. “Since then the numbers have been steadily rising, and we are now approaching the 40-mark, which leaves us with just ten more spaces left. The Andy Mort Tour has always been popular, but I think the ‘Paddy Factor’ has really taken effect this year.”

Thanks to Mini Sport and their managing director Chris Harper, the club will have the legendary Irish rallyman Paddy Hopkirk as their guest of honour on the day. The Padiham-based Mini specialists enjoy close personal and business links with Hopkirk, and have been entrusted to look after his famous works Cooper S replica 6 EMO, in which he won the 1990 Pirelli Classic Marathon. “Paddy will be flagging off the cars off from the start at West Bradford Village Hall, near Clitheroe, and greeting the finishers later in the day, “ said Chris. “And to round off a great day, there will be an unmissable talk by Paddy recounting some of the highlights of his long and illustrious career in motorsport, followed by a question-and-answer session with renowned rally navigator Ian Grindrod.”

Early entries include 2015 HRCR clubmans champion Steve Entwistle, who will be giving 6 EMO a run-out ahead of November’s RAC Rally of the Tests.

The 2300 Club are also appealing for marshals to help on the day, and volunteers will get a free supper and entry to the talk by Paddy Hopkirk. Anyone wishing to marshal should contact Simon Bibby at simonb@2300club.org.

We are happy to publish photos of the 2010 Tunnock's Mull Rally (organised by Mull Car Club) on our website. If you […] 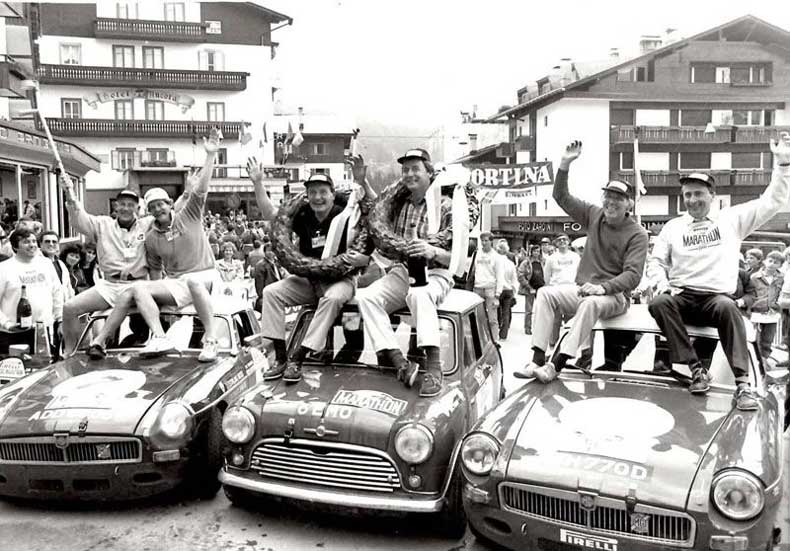