Sadly, Brian Molyneux, President of the 2300 Club and the founder of the "Tour of Mull" died on the 6th December 1996. This is the Obituary by John Fife, that appeared in Motoring News, Wednesday December 11th 1996. British Motor sport lost a good friend at the weekend with the death of Brian Molyneux.

A Lancastrian born and bred, Brian’s interest in rallying commenced during his university days at Kings College in Cambridge, during which time he competed as both driver and co-driver.

That passion stayed with him when he left. All his working life was spent with one company, Mullards of Blackburn (later re-named Philips Components), and he retired from the Crossens factory near Southport as Plant Director.

Earlier this year he received the Prince Michael of Kent Award of Merit for services to British motor sports – never has this award been more justly deserved. Brian was the driving force behind the Road Closure Order granted by Act of Parliament that brought closed roads to Mull, thereby establishing a valuable precedent that will serve the sport well nationally for years to come.

Brian was one of the founding members of the 2300 CC, which was established for Mullard employees in 1957 when the factory employed over 6,000 people. The club organised a wide variety of events but will be best remembered for introducing rallying to the Island of Mull, off the west coast of Scotland in 1969.

It was Brian who instigated moves to gain Closed Public Road status for the event, well ahead of the 1988 legislation that threatened the future of road rallying. Fortunately he had a very strong team of like-minded, equally determined individuals around him. Three years later, the first event of its type was run on British public roads in 1990.

No-one should doubt the hours, expense and effort that was needed to place this innovative legislation on the statute books, and the money was raised by the club members themselves and donations from supportive sponsors.

Brian was always quick to praise the help and support of his team, the local authorities, the police and Members of Parliament, playing down his own role. But without "Our Leader", it simply would never have happened.

Brian was more than an enthusiast – he was an inspiration to all and a hero to many. At next year’s Tour of Mull, there will be an empty space at the table in "Taff’s Caff", an unfinished glass of whisky and a hole in the air where the pipe smoke used to hang. They say no-one is indispensable. That’s not quite true.

To his wife Joan, Neil, Clive and Alison, family, friends and everyone in 2300CC and on Mull, where he was as well known as he was at home, we offer our deepest sympathy.

A Cairn has be erected on the Island in memory of Brian. It is located in a tranquil spot above Dervaig, looking out to the west. Below is a view from behind the cairn.

and the detail of the wording: 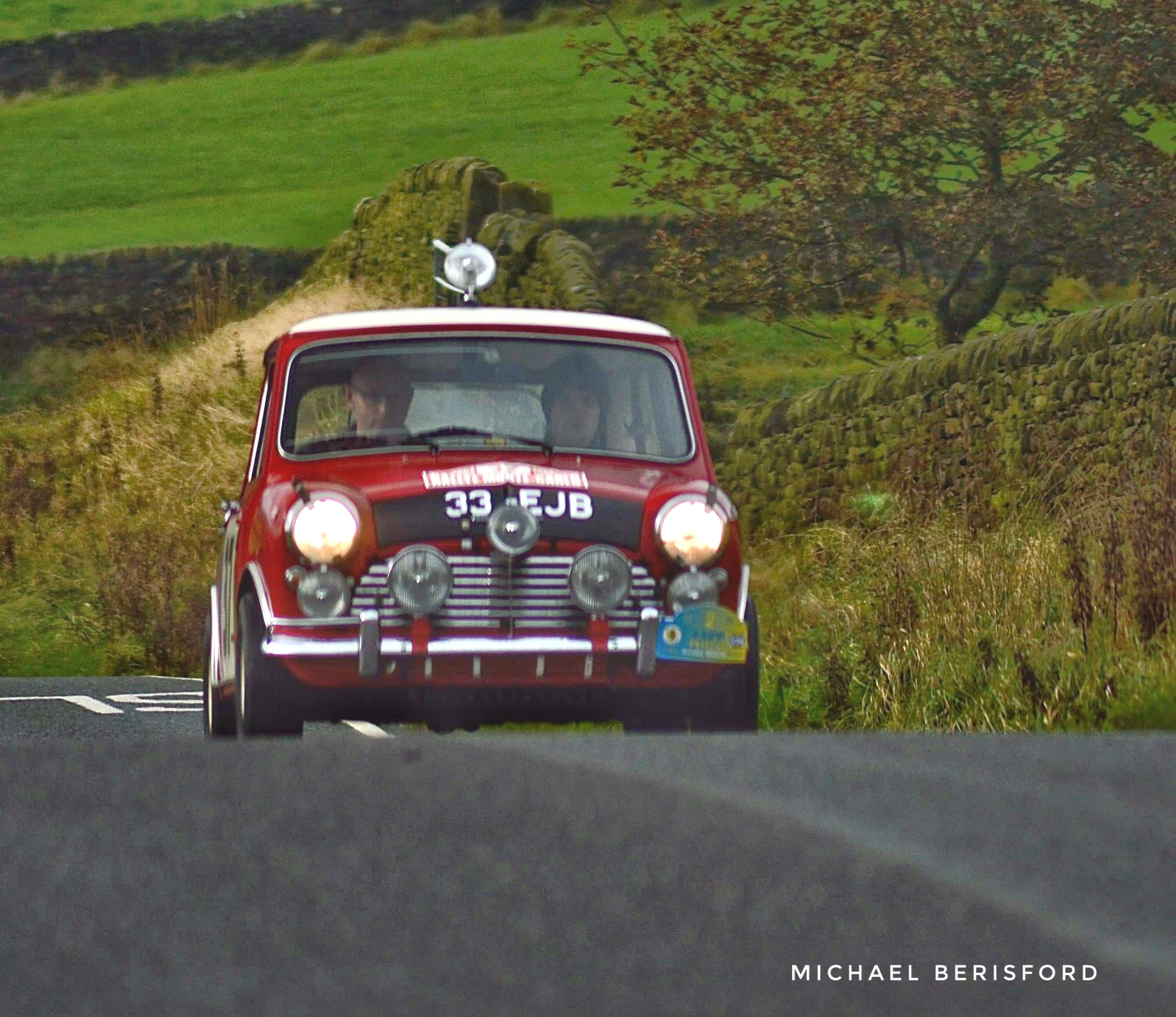