The 2022 season has been a pivotal point in the career path of John Easson Award winner Ioan Lloyd.

The popular 20-year-old from West Wales has, by his own admittance, had a rollercoaster debut season in the British Rally Championship.But the highs and lows over the last 12 months has seen Ioan emerge as a stronger, faster and more experienced driver.

“2022 has been a steep learning curve, sometimes very steep, but I have loved every minute of it,” said Ioan.

“Making the step up to the Junior BRC from the BTRDA was always going to be a challenge, especially with the quality of the other JBRC drivers, who were all much more experienced than me.”

Armed with a new Peugeot 208R4 for the season, Ioan produced a mightily impressive performance on the opener in Clacton.Despite having to contend with an unfamiliar car, having to do a recce and make his own pace notes, Ioan and co-driver Sion Williams finished a brilliant 15th overall and fourth in the JRBC.

Heading into round two, the Jim Clark, full of confidence, his rally ended abruptly when he crashed out on the 11.9-mile long Longformacus first stage.

“That was definitely a low point,” admitted Ioan.

“But looking back, the way the whole team pulled together to get the car rebuilt with a new shell in just eight days was amazing. I think it galvanised everyone into trying just that bit harder to raise our game for the rest of the season.”

The closed-road Rail Ceredigion, based in Aberystwyth, showed everyone just what Ioan and Sion were capable of, clocking fastest times on their way to third in the JBRC and thirteenth overall.“I think that was my favourite rally of the year, and I started to feel like it was all coming together as it should,” he said,

And Ioan is quick to acknowledge that none of this would have been possible without the support of his family, friends, sponsors – and the 2300 Club.

“I hope I have been a good ambassador for the club and the John Easson Award, their support, both moral and financial, has been fantastic. Although the JEA moves to Johnnie Mackay next year, and I wish him the very best of luck, I will still feel as if I will be representing the club next season,” he said.

Plans for 2023 are still in the making, with a possible return to the JBRC, with a full year’s experience under his belt, or a move into Europe, possibly with the Renault Clio Trophy.

He added: “Competing at the pinnacle of British Rallying has been amazing, I’ve learnt so much and now feel ready to take the next step in my career.”

Ioan Lloyd’s JEA year in articles
JEA Finalists Announced…….here
2021 JEA Winner Announced……..here
JEA Winner Ioan Lloyd Gears Up For 2022…….here
JEA Winner Unveils new car for BRC Opener This Weekend……..here
Impressive BRC debut for Ioan Lloyd…….here
Seconds Out, Round Two Of The BRC for Ioan Lloyd…….here
Dissapointment for Ioan Lloyd On The Jim Clark Rally……here
Ioan Lloyd Bounces Back For Round 3 Of The BRC…….here
Round 3 The Nicky Grist Stages……..here
Podium At The Grampian Forest Rally…….here
Ioan Lloyd Well Prepared For Rali Ceredigion……here
Lloyd A Class Act At Rali Ceredigion……..here
Trouble On The Trackrod…….here
Lloyd Finishes His Debut BRC Season On A Positive Note…….here

2300 Club wish Ioan the best of luck with his future rallying. We are all excited to see his career progress. You can follow his future on Facebook here 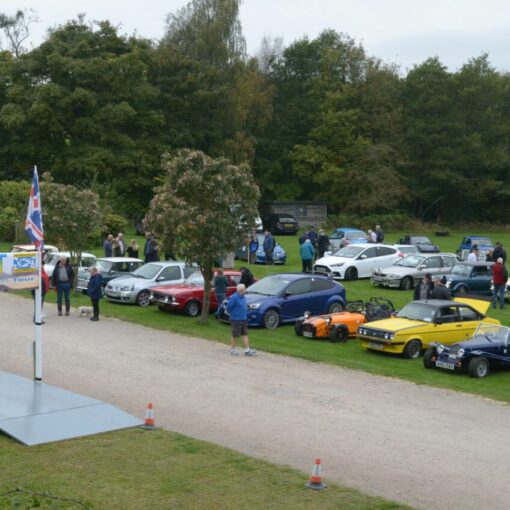 For the classic car enthusiast, the Andy Mort Tour presents an unrivalled opportunity to see some beautiful machinery – and meet the […]

The 2300 Club is pleased to announce the winner of the 2009 John Easson Award:

Awards from the 1995 Philips Tour of Mull

Calum & Iain Duffy put in a magnificant performance to bring their total tally of wins on Mull to six. In a […]