Paddy Hopkirk will be greeted with a familiar sight when he flags off the crews at October’s Andy Mort Tour – his own Mini Cooper S!

Although entries don’t open until next month,  Mini Sport of Padiham have confirmed that Paddy’s 1990 Pirelli Marathon-winning car, 6 EMO, will be among the starters. The iconic red-and-white machine is still owned by Hopkirk,and is prepared and maintained by Mini Sport. Managing director Chris Harper said: “We were delighted to be able to facilitate Paddy’s appearance at the Andy Mort Tour, and it only seemed right that 6 EMO should be there too.

“Although Paddy won’t be driving on the day, he will flag off all the cars at West Bradford village hall and then meet up with everyone at the lunch halt, before greeting the finishers back at West Bradford ahead of his much-anticipated talk.” Mini Sport have invited rallyman Steve Entwistle, who drove 6 EMO on last year’s RAC Rally of the Tests – and led for much of the event – to drive the car on the day. Entwistle, from Rishton, near Blackburn, is one of the favourites for victory in this year’s Rally of the Tests in the same car.

Organisers 2300 Club of Blackburn are expecting a bumper entry for the Tour, which takes place on Saturday, October 19. It is run in honour of club member Andy Mort who was competition liaison officer on the Tour of Mull Rally for many years, and a top National-level navigator in his own right. He sadly lost his life in an accident on the 2015 event.
Club chairman Neil Molyneux said: “It promises to be a memorable day out for any enthusiast. Coffee and bacon sandwiches are served to all participants before the first car gets underway at 10am, driving a 120-mile route through stunning Lancashire and Yorkshire countryside.

“There is a lunch halt where crews can purchase snacks and drinks, before the afternoon leg which is due to finish around 4.15pm with the option of a couple of fun driving activities on private ground. “An evening meal will be served at about 5.30pm and after that we have the legend that is Paddy Hopkirk entertaining us with anecdotes and stories from his glorious career in motorsport. “There will also be the chance for to ask Paddy questions before the day wraps up at about 8pm.”

*Entry fee for the Andy Mort Tour is £50 for a car and two occupants. Extra passengers are £15 each. For enthusiasts who cannot take part in the Tour, but would like to come to the Paddy Hopkirk talk, tickets are available at £10 each for the evening meal and entry to see the guest speaker. Pre-booking for these tickets is essential. Regulations and entry forms for the Andy Mort Tour will be out next month, along with booking information for Paddy’s talk, on this website.

THE 2300 Club would like to express their sadness at the passing of rally legend John Price yesterday, and extend their sincere […] 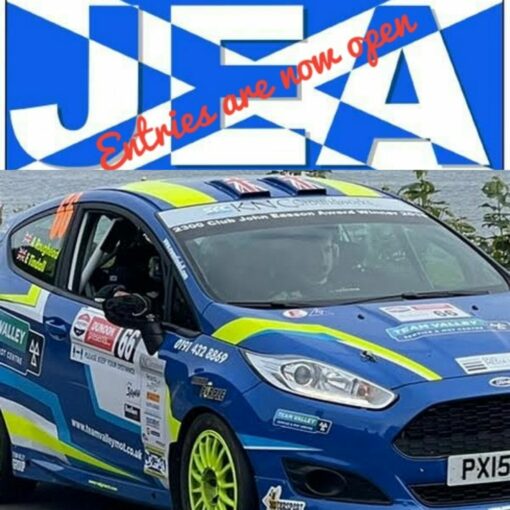 Below is feedback from Spectators, Marshals & Competitors on the 2007 Tunnocks's Tour of Mull. Nothing has been edited, it's as we received it…