Ioan Lloyd makes the short journey from his home in Llandysul to Builth Wells next weekend to contest round three of the British Rally Championship, the Nicky Grist Stages.
After two successive long-haul treks to Essex and Scotland for the Clacton Stages and Jim Clark Rally, Ioan and his team are looking forward to an event on their own doorstep in mid-Wales.
And the first priority for the young John Easson Award winner is to get his Peugeot 208R4 to the finish.
After a brilliant start to his BRC campaign at Clacton, Ioan and co-driver Sion Williams crashed out out the Jim Clark Rally on the very first stage.
The damage was severe enough for the car to need reshelling, and the West Wales Rally Spares team burnt the midnight oil getting the car ready for an appearance at the Goodwood Festival of Speed last weekend.
That involved having to collect the new bodyshell from Peugeot Sport in France before rebuilding it in just eight days.
“It was a fantastic achievement by everyone to get the car ready for Goodwood, and it was a real privilege to be invited,” said Ioan.
“We had a great time meeting new people and seeing some fantastic cars, and we had a couple of quick runs up the rally stage too!
“I’m really excited to be doing the Nicky Grist Stages, as it’s the first travel rally of the championship. We did the event last year and really enjoyed it. It will be the new car’s first outing on gravel and there’s a lot to learn, but our aim is to get to the finish and have some fun in the process.” 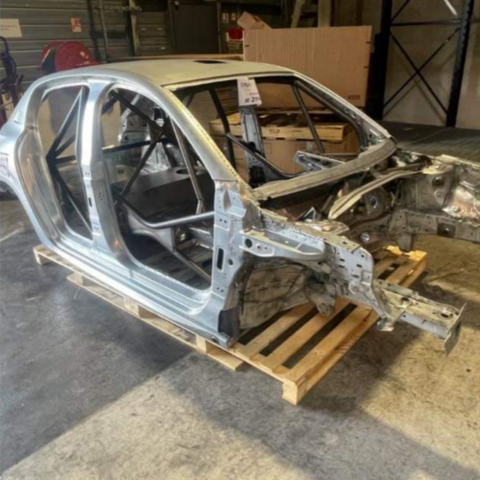 Provisional Leaderboard after 17 (out of 19) Stages:

We are happy to publish photos of the 2010 Tunnock's Mull Rally (organised by Mull Car Club) on our website. If you […]