First run in 2004, the scholarship is named after rally driver John Easson, a regular competitor on the Isle of Mull and a generous supporter of the 2300 Club before tragically losing his life in an air accident in 1999.

For 2007, the John Easson Scholarship will see a few changes in structure that will ensure the future growth of the award and maintain its place as the UK’s number one free-to-enter rally scholarship.
Dave Bateson, Scholarship Manager, explained:

“As a committee we felt the prize needed more structure to increase cost effectiveness, ensuring the future for the scholarship and allowing us to expand the prize in years to come. We’ve made changes to the prize, the selection criteria and added an interview stage for the top three applicants. The prize is as always fantastic; a huge reward for only a little effort and no cost.”

For 2007, the winner of the John Easson Scholarship will be awarded with a free entry to the Tunnock’s Tour of Mull rally, a free ferry to the Isle of Mull from Scotland, free fuel for their rally car during the rally and 8 tyres to use on the event. The organizers are actively seeking a tyre partner for the scholarship, and would be glad to hear from companies that would like to be involved with the prestigious and well publicised John Easson Scholarship.

As in previous years, not only does the panel’s selected winner have the chance to compete on the legendary Tour of Mull, but also the trip of a lifetime to the world famous John Haugland Rally School on a frozen lake in Norway next winter. The Norway trip (date to be confirmed) will include 4 days of tuition on advanced rally driving technique from John and his expert team, worth over £3000.
The final selection process has also been updated for 2007, with the top three applicants for the award being invited to an interview with a panel of judges who will decide the overall John Easson Scholarship winner.

The scholarship is free to enter and open to all drivers who fit the following criteria:

Drivers who wish to enter should send the following details as a minimum to the scholarship manager:

Entries should be sent to the John Easson Scholarship Manager, Dave Bateson, via Email or post, at the contacts below:

The winner will be notified by telephone after the closing date with the results released to the national motorsport press.

This is the Final Results from the 2009 Tunnock's Tour of Mull. If you would like a copy for printing out, please click on the link below to download the file: 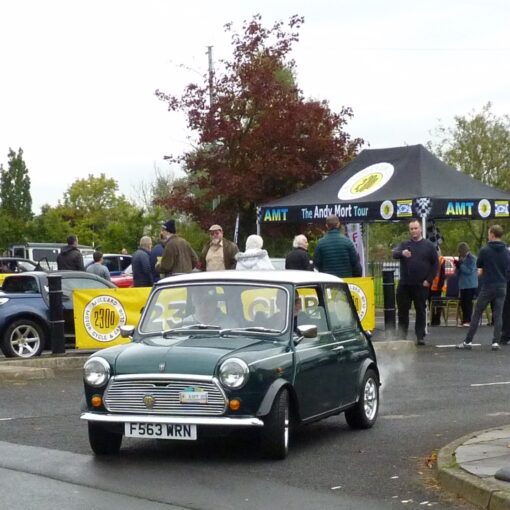 There is a wealth of motorsport experience out on the Andy Mort Tour this Saturday. Although it’s a non-competitive event, the rally-style […]

Here is the preliminary list of entrants and start times for the 21st October’s Andy Mort Tour. We have a few pending […]