Skip to content
FOR the second rally in a row, John Easson Award winner Ioan Lloyd heads into uncharted territory this weekend.
The promising young Welsh driver enjoyed a brilliant drive on the opening round of the British Championship, the Corbeau Seats Clacton Rally, last month – an event he’d never contested before. And he’s about to do the same when he starts the second round of the BRC, the Beatson’s Building Supplies Jim Clark Rally on Friday night.
“I’m really looking forward to having a blast over some cracking roads, which I’ve heard all about, but have yet to experience. With the stages on Friday night in the dark and a full day on Saturday, it’s sure to be a great event,” said Ioan, who will have regular navigator Sion Williams alongside him.
The pair will start at car 49 in the West Wales Rally Spares Peugeot 308 Rally 4, and will be among the ones to watch as they climb the leaderboard.
On the Corbeau Stages Clacton Rally, they were seeded at car 53 but finished a remarkable 15th overall and fifth in class.
“We haven’t had to do much to the car as both events are tarmac, so the set-up is basically similar. Our priority is to use the rally to build more experience and enjoy it,” he added.
Named after the legendary Grand Prix driver, the Jim Clark starts from Duns Square on Friday at 7pm, with a double run over the 11.9 mile Longformacus stage, with seven stages on Saturday, starting at 10am.

There will be a Music Quiz, hosted by Rod Brereton in the Mishnish on Wednesday 8th October. All proceeds will go to […]

The Tour of Mull 40th Anniversary Luncheon will take place on Sunday 15th November 2009. Details of how to book are below.. 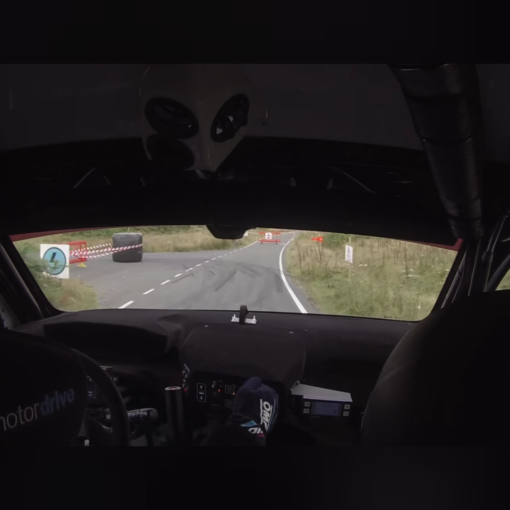 Ioan Lloyd had the perfect preparation for this weekend’s Rali Ceredigion, scoring a brilliant class win and finishing 11th overall on the […]