The scholarship, now in its third year, is named after rally driver John Easson, a regular competitor on the Isle of Mull and a generous supporter of the 2300 Club before tragically losing his life in an air accident in 1999.

As winner, Ryan will be awarded with a free entry to the always oversubscribed Tunnock’s Tour of Mull rally in October 2006, £1250 cash to be spent on expenses for the rally, and the trip of a lifetime to the world famous John Haugland Rally School on a frozen lake in Norway next winter. The Norway trip will include 4 days of tuition on advanced rally driving technique from John and his expert team, worth over £3000.

Entries were received from every corner of the British Isles, giving scholarship manager Dave Bateson and the panel of judges a tough choice in finding a winner. Bateson commented:

“We had a good number of entries with a vast difference in the amount of effort people put into their presentation for the scholarship. The final choice was difficult, with several drivers having gone the extra mile and sent in really good supporting documents and even some footage from rallies.”

“In the end we chose Ryan because of his overall effort and attitude towards the sport. He has 2 jobs to support his rallying, sent in a huge amount of information and was incredibly enthusiastic about his entry in general. He as achieved some excellent results in only a few years in the sport, and when he has made a mistake on an event, he has analysed it and been honest in his assessment of it. All these things are signs of an excellent developing talent in the eyes of the 2300 Club John Easson Scholarship panel.”

24 year old Borthwick was understandably delighted to learn that he was the recipient of the 2006 scholarship. Following a little time for the result to sink in, Ryan explained:

“Winning the scholarship did come as a bit of a shock and when David called I was lost for words. It took a while to sink in that I had actually won such a prestigious award. I now can’t wait to take on the challenge of Mull, the chance to drive on demanding closed roads in the dark especially is an immense prospect. However the chance to go to Norway is something every young driver would love to do, the excitement of driving under expert tuition on frozen lakes is a once in the lifetime chance. I can’t thank everyone in the 2300 Club enough for giving me this amazing opportunity!”

Ryan started rallying by co-driving for his father in 2002 on both forest and tarmac events, before a switch to the driving seat in 2003. Using first a Vauxhall Nova and then an Astra, Ryan contested a season of tarmac events with some success before switching to a shared Escort Cosworth with his father in 2004. Top ten overall results on Scottish tarmac events made for a very successful season, followed by a decision to use a Peugeot 206 Cup Car in 2005 and make the transition to gravel. The results continued to improve whilst unfortunately the funds dwindled; until Ryan was selected as John Easson Scholarship winner this year!

Ryan has also been awarded:

Ryan will likely contest the Tunnock’s Tour of Mull in his Peugeot 206 Cup Car, which is currently being re-prepared in anticipation of the challenge that Mull provides!

Press release issued on behalf of 2300 Club, The John Easson Scholarship and the Tunnock’s Tour of Mull rally by Andrew Coley at APCsport.com
Email: Andrew@APCsport.com
Phone: 07866 635741 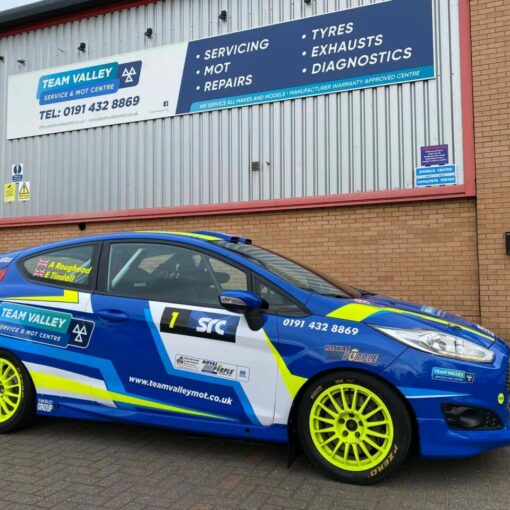 It's tea-time Friday, the Scroots have kicked their last tyre and shoogled their last wheel, which means that those who passed can […]

Provisional Leaderboard after 14 (out of 19) Stages: